The original building material in southern Burgundy is limestone that was extracted in Comblanchien. This stone has a warm, yellow-beige color with sometimes ‘rust points’ in it and emerged 165 million years ago, from remains of invertebrates and other micro-organisms. Another typical building material are the high-gloss, glazed roof tiles in shades of brown, yellow, red and black that appear to be scattered over the roofs in geometric patterns. In the 13th century, these roofs first appeared on religious buildings, in the 14th century on princely residences and in the 15th century these roofs became fashionable as status symbols for the rich bourgeoisie. 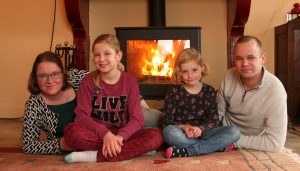